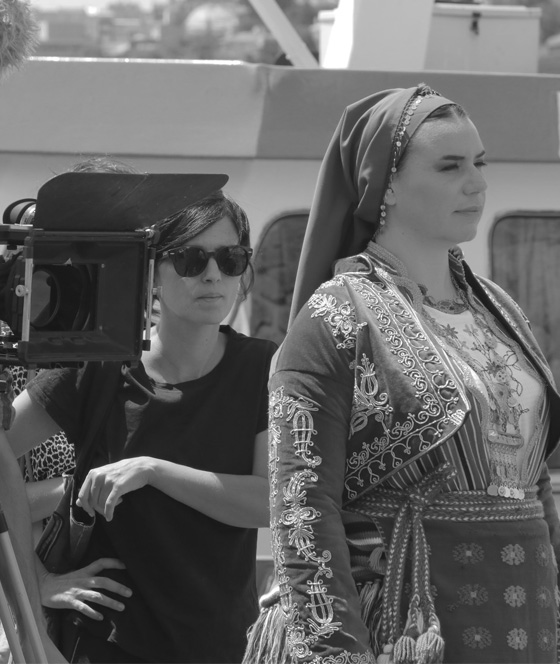 In the Turkish context, the artist will search for paths of bread through commingling and symbolism related to Arab culture. Local traditions in Middle Eastern culture will be explored through the daily action of making Arab bread, flat and circular.
The action is almost useless and is a small daily gesture of revolt: “bread revolt”.  The writer Burhan Sönmez stated: “In Istanbul, bread and freedom were two desires enslaved to one another. You sacrificed your freedom for bread or gave up bread for freedom”.

The residency project in Istanbul is under the patronage of İtalyan Kültür Merkezi. 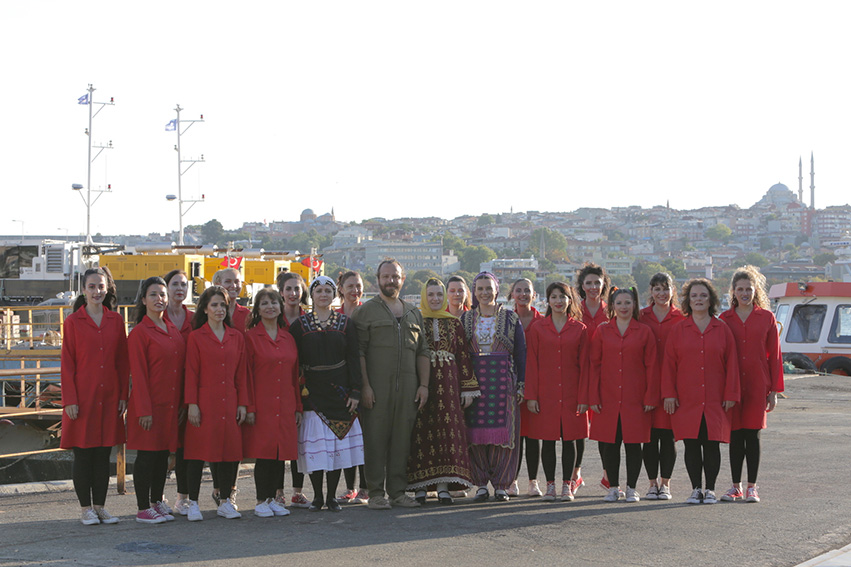 Founded in 2019, 21 Choir is named after its twenty female singers and one male conductor. Its goal is to take active part in various projects and events, establishing the place of women in the world and in art through the voices of twenty strong, go-getter women, many of whom are mothers. Supported by the Foundation of Lausanne Treaty Emigrants and sponsored by the European Cultural Fund, the choir’s first project was “Bread and Roses” by Italian artist Elena Bellantoni – an arts project which touches upon women’s rights, equality and freedom all over the world. The conductor of this a capella women’s choir is Garip Mansuroğlu, who is a dynamic and experienced young conductor. He was born in the Antakya province of Turkey in 1984. He graduated from Marmara University Department of Music and pursued a career in music and instrument teaching. He was also involved in many arts projects and earned success and great sympathy as a conductor both nationally and internationally. While his main instrument is the cello, he also plays the piano and the guitar. 21 Choir works towards putting emphasis on the importance of the modern woman in life and world peace, partaking in projects to this end and becoming an active player in the global world of arts.

‘I decided to trace my breadline in a hidden corner of the city, going down to the Bosphorus, under the Galata tower, where there are lots of “chasms”: they swept away the old Ottoman houses. What remains are empty spaces, landfills where people have pulled up shacks, as “hinges” in the center. The imperial and majestic city that can be seen in the distance is placed on this “no man’s land” …

Under a sun rising over the Monument to the Republic sculpted by the Italian sculptor Pietro Canonica, I decided to start cleaning Taksim square using a bucket full of water and two brushes. A dry and simple gesture in the midday of fire between me and the city. In a bucket of water I put a few drops of soap that I transformed in lather, similar to the snow like I was preparing a cake, to celebrate the day of cleaning. The domestic gesture of cleaning, made outside the home, takes the form of a silent protest. The real fatigue of an impossible job, the attempt to clean such a huge square, the tragedy of a place that hosts protests that were extinguished in the violence during 2013 against the Turkish premier Erdogan and his choice to demolish the neighbor Takism Gazi Park to build a shopping center. Soap Opera is a term linked to the American television concept of serials that between the end of the 70s and the beginning of the 80s raged in our TVs instead of our fiction. The term soap opera stems from the type of products advertised in the first US productions, detergents and soaps of companies that addressed women as the main target of the soap opera. The soap in this case cleans, clears and tries to pull away the dirt of the place. From the rag it purges black water. The daily and repetitive cadence dedicated to the soap opera women is transformed from a television entertainment into a political action.